I flew over to Tokyo Narita on a Continental’s Boeing 777 in “BusinessFirst”. That class features comfortable “lay-flat” seats. I had my own little “pod” and felt very comfortable during the entire flight.  The “on board” service was excellent and began with beverage service while the other passengers were still boarding.  The entertainment system was also available for use during boarding.  I’m about 5’6” tall and felt very comfortable in the “lay flat” seat position. I usually sleep on my side and I was able to stretch out and get into all of my usual comfortable sleeping positions with ease.  I’m not certain if a much taller person would be equally as comfortable, but it seemed that I had approximately 6 extra inches at my head to spare.  I was so comfortable on this flight that I didn’t even notice when we were descending for a landing at Narita. Before I knew it, we were comfortably on the ground.  The flight attendant didn’t even bother to check whether or not my seat was in the “upright position” for landing.

If your client likes to be “checked-on” frequently by the flight attendants and feel pampered and well cared for, this is a great option for them.  They will be very comfortable and very well fed as well.

One major drawback on this aircraft was the configuration of the seating.  If you have a window seat and the person next to you is lying flat, you will have to climb over them if you have a need to leave your seat for any reason, including using the restroom.  Considering the cost of the flight, this could be a very awkward experience. It would be best to book seats in the center of the aircraft so that your clients won’t have to climb over anyone during the long flight for any reason whatsoever. Also, I happened to be wearing white pants on the flight to Narita.  The comforter that was provided to me by Continental shed fibers and rubbed off all over my white pants. It temporarily turned them navy blue.  Although a nuisance, the navy blue fibers came out in the wash, but it was a little embarrassing deplaning.

To see more details about the features of the entertainment center and in-flight amenities, visit Continental

On the first night in Tokyo, we stayed at the Haneda Excel Hotel Tokyu.  This hotel can be directly accessed from Terminal 2, the domestic terminal, at Haneda airport.  When I looked out of my window and saw all of the parked aircraft, it almost seemed as though I would be sleeping in the terminal building.  I was very concerned about noise from the airplanes but fortunately, I didn’t hear a thing!  The room was exceptionally serene and quiet. I couldn’t even hear the water running in the room next to mine, nor the sound of the jet engines, nor people’s voices in the hallway – absolutely nothing.  The décor was simple and clean and consisted mostly of muted neutral tones.  The restaurant was lovely and offered both Eastern and Western style cuisine.  The breakfast buffet presented an extensive variety of foods and was particularly impressive.


There is a small meeting room available for guests.  If you have need additional space to accommodate a larger group, the hotel has two banquet rooms which can accommodate many more people.  These facilities can be booked directly with the hotel and do not require a room reservation.

My first impression of the Capitol Hotel Tokyu was that it had a very authentic overall Japanese “feel”.  It was decorated in neutral tones and I would describe the decor as very simple but also very elegant.


When first entered my room, I found myself in a tastefully decorated entry foyer which was separated from the rest of the room. This really set a lovely tone to the experience of entering the space. I had the distinct impression that once I opened the second door, I would find a beautiful room, and my impression was correct.  There was a large window which ran the entire length of the room and provided a panoramic view of Tokyo and a beautiful shrine which was just below.  I was especially impressed with the shower area and loved the fact that I could open the blinds and enjoy a beautiful view of Tokyo from the comfort of the bathtub. 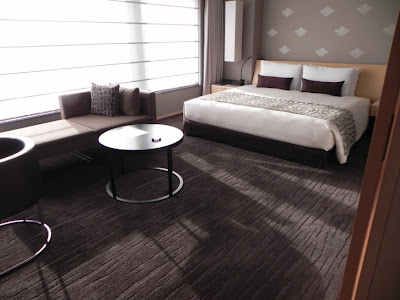 My room was on the 26th floor.  The club level rooms were on floors 27-29.  There is an exceptionally elegant and special suite on the 5th floor of the hotel. There is no other suite like it in all of Tokyo.  This suite cannot be found in the GDS, but can be booked by contacting the hotel directly.  It’s called the “Temple Suite” because it offers a magnificent view of the temple through the “wall to wall” windows in the suite.  The view also allows you to experience the feeling of being in a tranquil park setting. 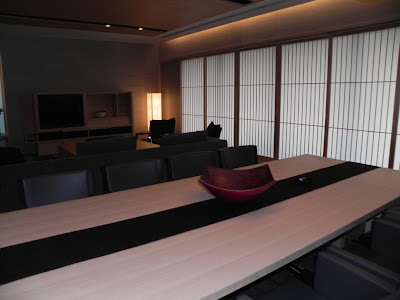 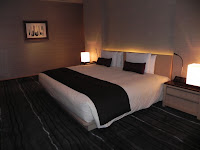 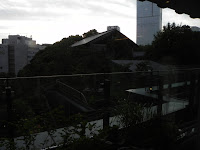 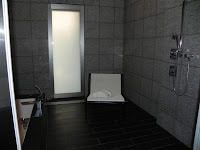 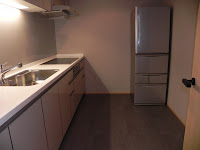 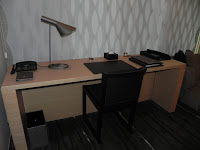 One of the finest dining experiences that I have ever enjoyed was when we were treated to a magnificent 10 course traditional Japanese meal at Suiren, the formal dining restaurant at The Capitol Hotel Tokyu.  It was simply one of the most sumptuous epicurean culinary experiences I have ever had the pleasure to enjoy.  Every dish was succulent and beautifully plated and presented.  It was a feast for the eyes as well as a treat to the palate. The flavors were delicate and subtle and very delicious and the service was impeccable.

Our breakfast was served at Origami, which had a more relaxed and casual feel.  There were ala carte selections as well as a full Eastern or Western style breakfast available.  Again, everything I ate was well prepared, well served, and delicious.

Our host, Michael, mentioned that the theme of the hotel was appropriately “Japan” and I think that the reflecting pools which seemed to surround the hotel at ground level tied in beautifully with that theme.

I thoroughly enjoyed my stay at The Capitol Hotel Tokyu.

We had one free day of sightseeing and four of us spent the day exploring a bit of Tokyo.  We were able to navigate the subway system fairly well. The people of Tokyo seemed very gracious and were more than pleased to help us and show us the way to get anywhere and everywhere in the city. They were kind and extremely courteous and that was very refreshing.  After a long day of sightseeing, another agent and I spent a few hours at Tokyo Disneyland.  That was also very enjoyable and lots of fun!

Tokyo seemed virtually unaffected by the recent natural disaster that occurred there.  One could sense that the people were somewhat affected although they went about their business as usual.  Our host at The Capitol Hotel Tokyu remarked that, during the earthquake, he thought it might be the “end of the world” for him.  He also shared a bit of the feeling of fear that gripped the people of Tokyo during the event.  He was in New York on September 11th and he felt that the earthquake experience in Japan was very similar and equally as traumatic for the people of Japan as the attack on the World Trade Center was for the people of our country.  I felt very safe while I was in Tokyo and I hope to return someday with my husband and children.

My return fight was in business class on an ANA 777 which also featured “lay-flat” seats.  I had my own little “pod” and felt very comfortable.  The flight attendants were very attentive and the service was excellent.  If you have a client who doesn’t want to be bothered too much by the flight attendants and wants to be left in peace to sleep or to work, this is a great option.  I was able to sleep for 6 straight hours on the flight home and still had time to watch 3 movies and eat two complete meals.  The seats on this flight are wider than the Continental flight and I was able to stretch out and get into all of my usual comfortable sleeping positions with ease.  I’m not sure about how comfortable it would be for a person much taller than me, but I had about 6 inches at my head to spare and probably about 5 additional inches of space at my feet.  I was very comfortable on this flight and the noise canceling headphones which ANA provided, as well as their lavender scented aromatherapy card, really helped me relax and sleep comfortably.  I didn’t notice the descent at all. (I am almost always sensitive to altitude changes in flight, so that’s why I feel it’s worth mentioning.).

The in-flight entertainment system was geared more for the airline’s Japanese clientele, but I was still able to find plenty of movies to watch; most of which I had never seen before.  There was also an abundance of video games available and even in-flight text messaging.  For example, if someone you know is traveling on the same flight and is sitting a few rows behind you, you can actually send a text message to them while you are in flight.

The Japanese passenger will feel especially at ease on board this flight. It is worth mentioning that much like every bathroom that I saw in Japan; there is a bidet as well as a commode on board the aircraft.

Unlike the Continental aircraft, if you book a window seat, the seat configuration aboard is “1-2-1” which enables you to exit the seat for any reason without disturbing any other passenger.

To see more details about the features of the entertainment center and in-flight amenities, visit ANA


-By Christiana Holms
Posted by texagents at 12:00 AM No comments: